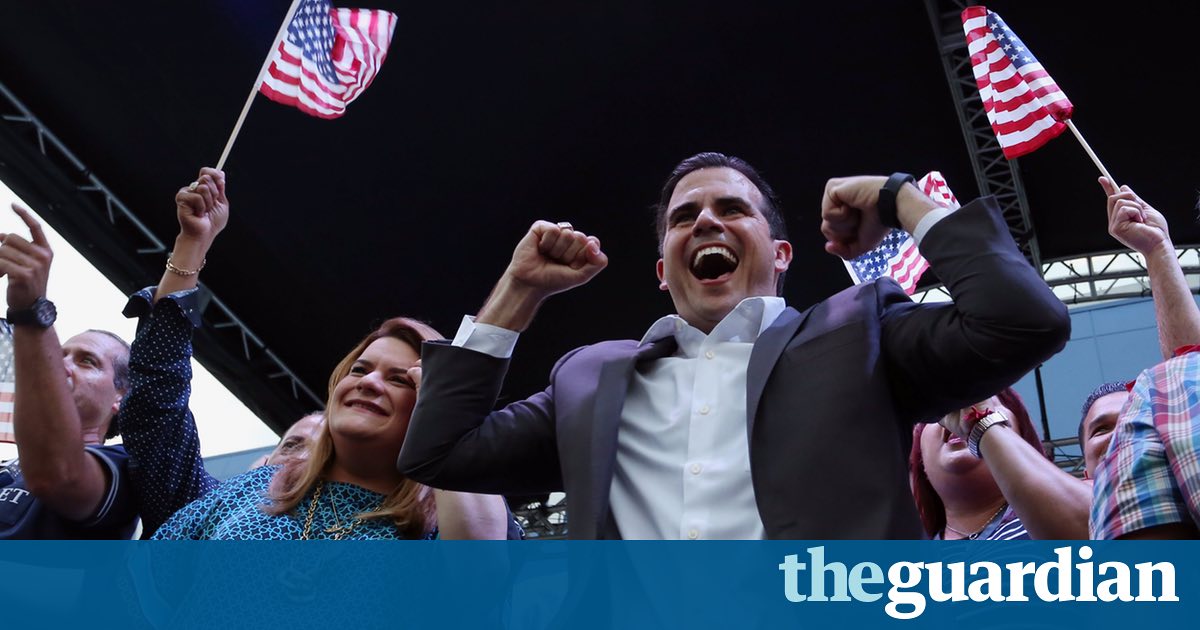 The governor of Puerto Rico, Ricard Rosselló, has announced that he is to visit Washington in the next phase of his campaign to turn the island into the 51st state of the United States.

Rosselló will go to the US capital armed with a 97% backing for statehood from voters in Sunday’s plebiscite on the future of the stricken US colony. But he faces an uphill struggle impressing his case on the US Congress, which holds ultimate power over Puerto Rico, given the historically low turnout of the vote and the boycott staged by opposition parties.

The governor, a 38-year-old member of the ruling Partido Nuevo Progresista (PNP), insisted the referendum sent a clear and strong message to Washington. “From today, the federal government will no longer be able to ignore the voice of the majority of the American citizens in Puerto Rico. It would be highly contradictory for Washington to demand democracy in other parts of the world, and not respond to the legitimate right to self-determination that was exercised today in the American territory of Puerto Rico,” he said after the vote.

But observers of Puerto Rico’s long and tortured relationship with its vastly more wealthy and powerful overlord scoffed at the idea that the plebiscite would have any impact. They pointed to a turnout of 23% of the territory’s 2.3 million registered voters – a dismal figure on an island that regularly has participation rates of 60% or 70%.

As the columnist of El Nuevo Día, Wilda Rodríguez, put it: “Until yesterday, the participation of Puertorriquenos in elections was a cause of national pride. After yesterday it’s officially trivial.”

In Sunday’s referendum, the final tally stood at 518,199 overall voters. Of those, 97% voted to become the 51st state, 1.5% voted for full independence or a form of sovereignty, and 1.3% in favour of the status quo.