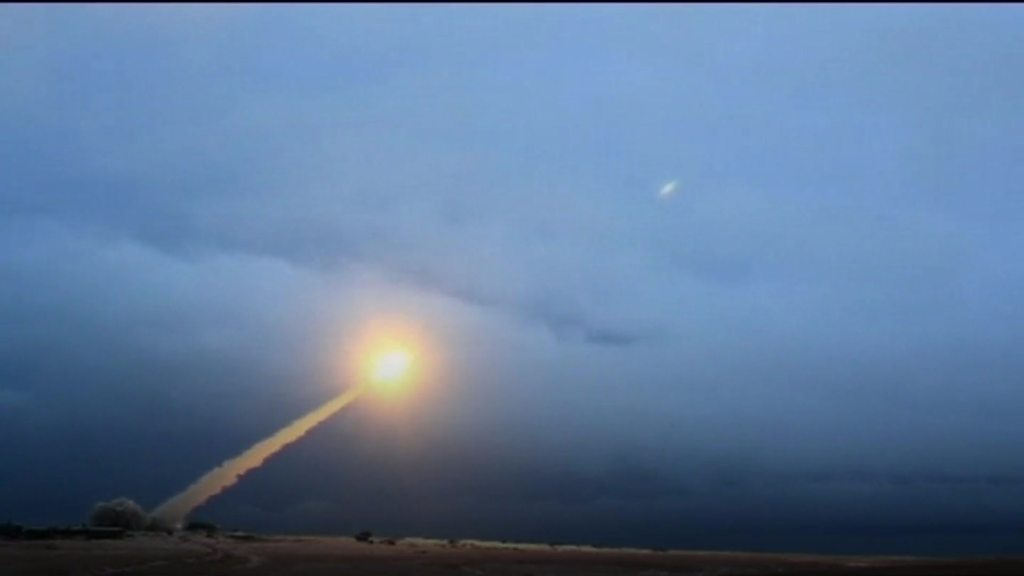 Russia has developed a new array of nuclear weapons that are invincible, according to President Vladimir Putin.

Mr Putin made the claims as he laid out his key policies for a fourth presidential term, ahead of an election he is expected to win in 17 days’ time.

The weapons he boasted of included a cruise missile that he said could “reach anywhere in the world”.

He said of the West: “They need to take account of a new reality and understand … [this]… is not a bluff.”

Giving his annual state of the nation speech, Mr Putin used video presentations to showcase the development of two new nuclear delivery systems that he said could evade detection. One video graphic appeared to show missiles raining down on the US state of Florida.