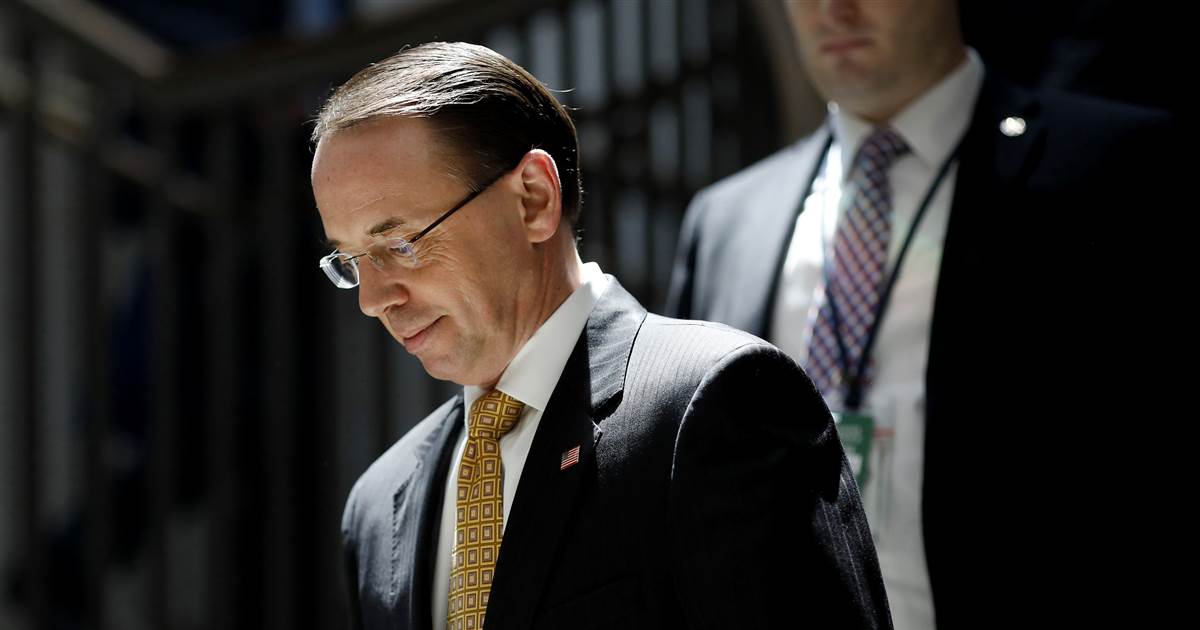 “We’ll be determining what’s going on,” Trump said Monday afternoon before a meeting with South Korean President Moon Jae-in in New York. “We want to have transparency, we want to have openness. I look forward to meeting with him.” The president also said he had talked with Rosenstein earlier Monday.

Rosenstein had been expected to learn his fate during a visit to the White House on Monday, but, with Trump in New York for a meeting of the United Nations General Assembly, any decision on his future was postponed. Rosenstein attended a regularly scheduled meeting at the White House and was still deputy attorney general when he left at midday.