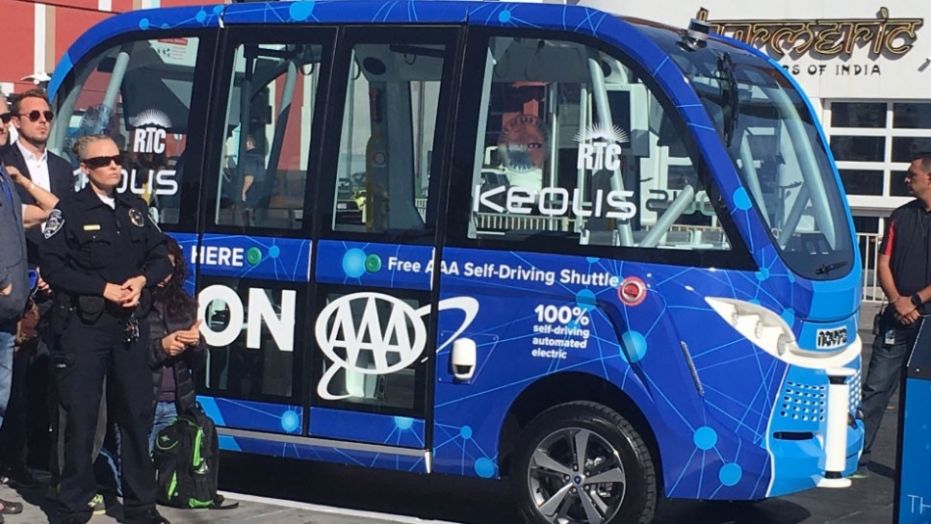 A driverless shuttle in Las Vegas crashed Wednesday after it was launched only hours earlier.

The shuttle crashed just before noon not far from the Las Vegas Strip, less than two hours after officials held an unveiling ceremony to promote the vehicle.

Dozens of people had lined up to board the shuttle, but no one was injured in the accident, which saw the bus collide with a semi-truck, KSNV reported.

The oval-shaped shuttle is the first of its kind in the U.S. as a pilot project geared toward the public. It can hold up to 12 passengers and has an attendant and computer monitor, but doesn’t have a steering wheel or brake pedals.

The self-driving bus uses GPS, electronic curb sensors and other technology to travel.