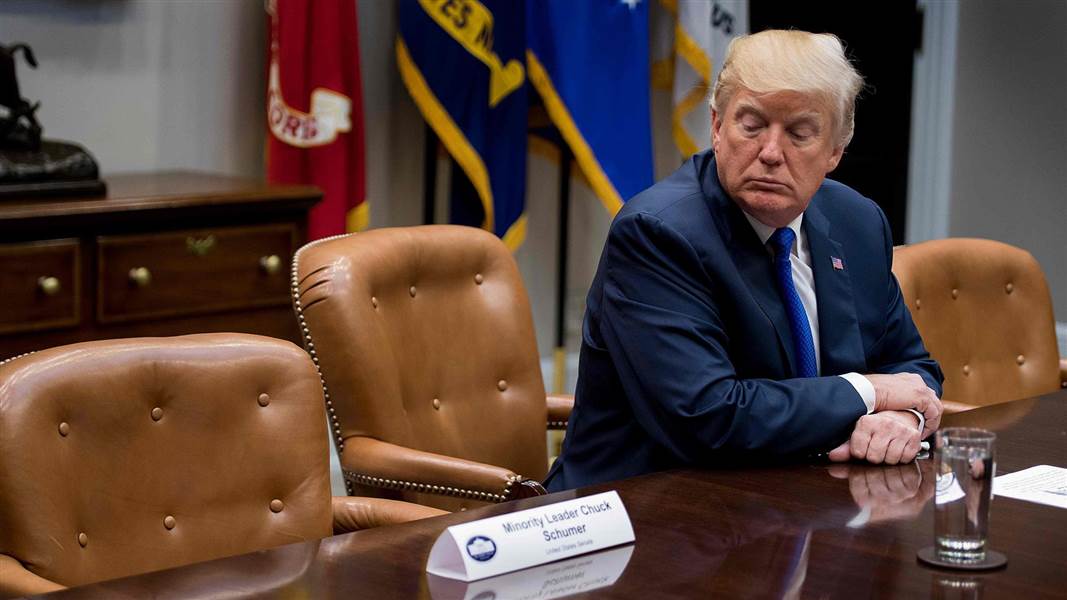 President Donald Trump blasted top congressional Democrats Nancy Pelosi and Chuck Schumer as all talk, no action and “weak” on key issues like crime and immigration after the duo canceled a meeting with him on Tuesday.

“They’ve been all talk and they’ve been no action, and now it’s even worse — now it’s not even talk,” Trump told reporters at the White House as he sat sandwiched between two empty chairs — one for Pelosi and the other for Schumer.

The president said he wasn’t surprised that the Democrats opted out of the planned meeting at the White House with him and congressional GOP leaders.

In their absence, Trump roasted Pelosi and Schumer as “weak” on crime and immigration — accusing them of wanting people to pour into the U.S. illegally — while also remarking that boosting the military is “always second” to them, but is “number one” to Trump. Further, the president said, “they want high taxes, we want to cut taxes.”

Attacks like that from the president are what prompted the Democrats to cancel on Trump in the first place after he tweeted Tuesday morning that Pelosi and Schumer “want illegal immigrants flooding into our Country unchecked, are weak on Crime and want to substantially RAISE Taxes” and that he didn’t see a deal happening with them.

Pelosi and Schumer said they had decided to boycott the meeting with Trump shortly after his scathing tweet.