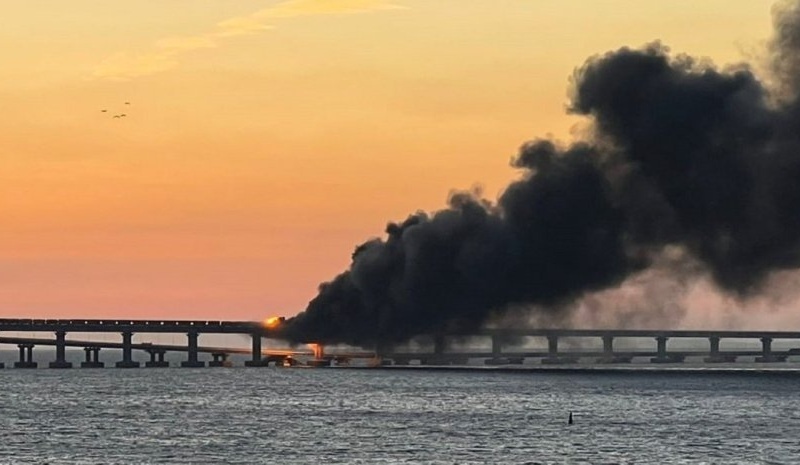 At least two sections of the bridge connecting Crimea with Russia’s rail and road network have collapsed, according to Russian state media. The Russian highway authority said the road is still navigable, but it has suspended traffic for the time being.

Three people were killed in an apparent blast on the bridge, Russian authorities said.

Ukrainian officials have been threatening to destroy the bridge since it was built in 2018. Russia forcibly annexed Crimea from Ukraine in 2014 under circumstances similar to the illegal annexation of four Ukrainian regions this year.

An analysis from the digital forensics group Bellingcat found that three sections of the bridge had collapsed, limiting traffic on both the road and rail bridge.