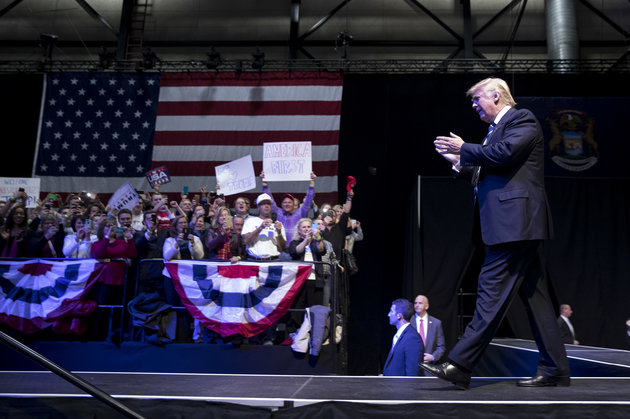 President-elect Donald Trump on Friday acknowledged his threat to imprison Hillary Clinton for using a private email server during her time as secretary of state was simply an appeal to win voters.

As Trump spoke at a rally in Grand Rapids, Michigan, as part of his post-election “Thank You Tour,” some supporters began chanting “lock her up” ― a common refrain during the Republican convention and Trump’s campaign events.

“No, it’s okay,” Trump said as the crowd jeered a reference to Clinton. “Forget it. That plays great before the election. Now, we don’t care, right?”

Trump backed away from that claim shortly after the election, telling The New York Times he doesn’t “want to hurt the Clintons.”

“She went through a lot and suffered greatly in many different ways,” Trump said.