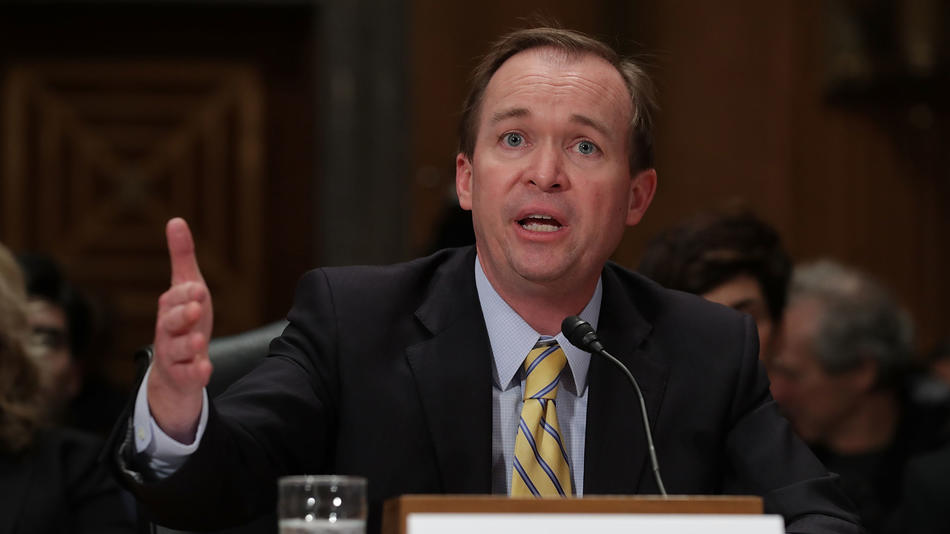 President Donald Trump’s nominee to become the nation’s budget director, Rep. Mick Mulvaney , R-S.C., defended Tuesday his support of cuts to popular entitlement programs that Trump vowed to keep intact and emphasized that he would bring a “fact-based approach” to the role.

In appearances before the Senate budget and homeland security committees, Mulvaney acknowledged that several of his key positions on spending and the national debt directly contracted Trump’s campaign pledges and statements made by some of the president’s top advisers. But Mulvaney presented himself as a “straight shooter” and said he would continue to warn about the growing costs of Social Security and Medicare.

“I have no reason to believe the president has changed his mind” on not touching entitlement programs, Mulvaney said. But, he added, “My job . . . is to be completely and brutally honest with him.”

Mulvaney would bring a stridently hawkish voice to the Office of Management and Budget. On Tuesday, he said he remains in favor of raising the retirement age for Social Security to 70 but emphasized that he would not reduce benefits for existing recipients. He also reiterated his support for means-testing to qualify for Medicare.

Democratic lawmakers voiced concerns that Mulvaney’s nomination signalled that Trump was backing away from his promise to leave the programs unchanged.