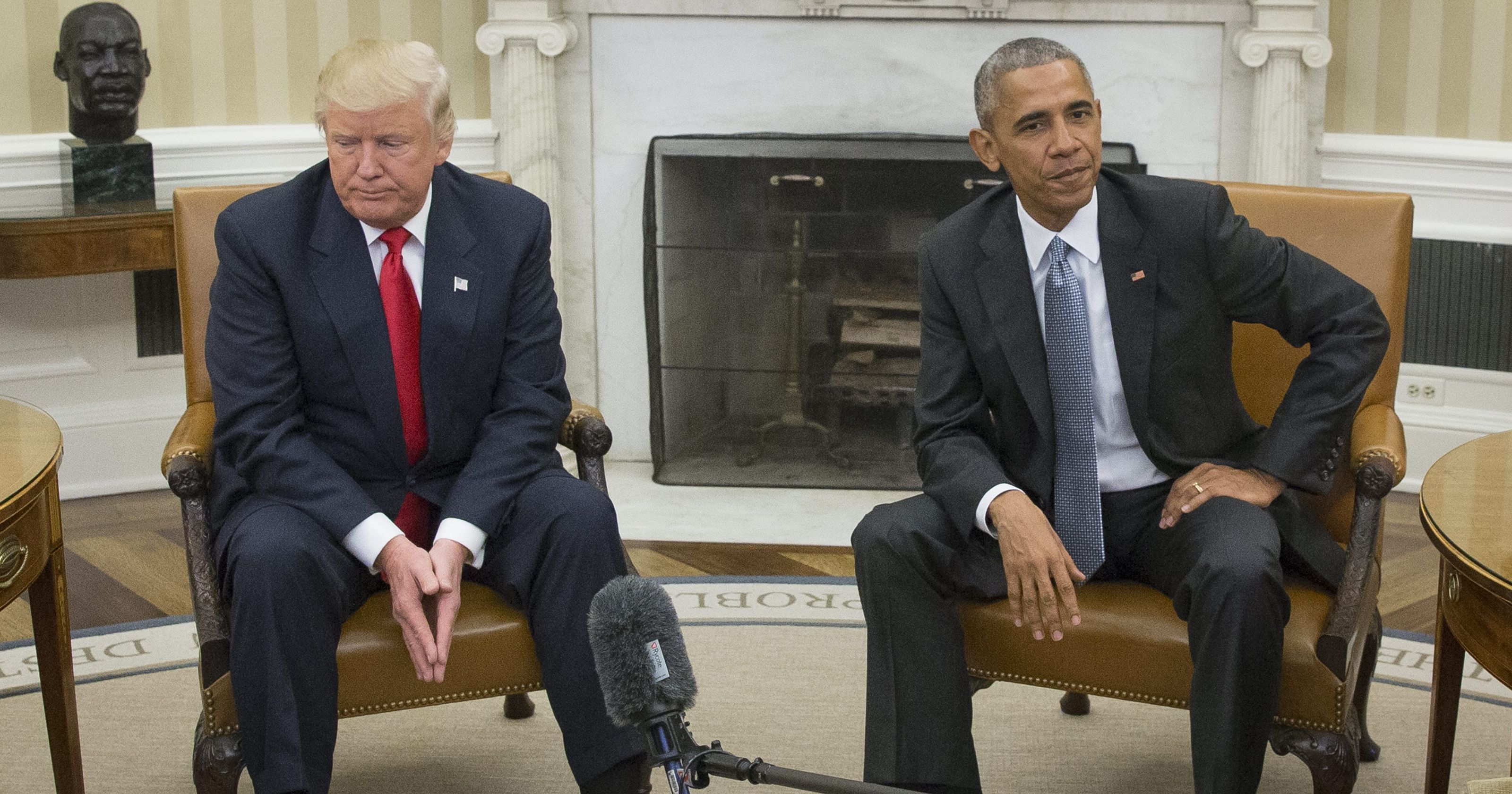 WASHINGTON — President Trump’s explosive and unsubstantiated claim Saturday that then-President Obama wiretapped his phones before the November election broke new ground in terms of a president publicly assailing a predecessor and left observers and lawmakers seeking a more expansive explanation than Trump’s string of tweets.

“In the past, presidents have privately muttered accusations against their predecessors,” said Jack Pitney Jr., a former aide to House and Senate Republicans and a political science professor at Claremont McKenna College. “It’s very unusual for a president to come this close to accusing a predecessor of a potential crime.”

Trump offered no evidence to support his accusations, lobbed during a Saturday morning tweetstorm. An Obama spokesman rejected them as “simply false.”

“How low has President Obama gone to tapp [sic] my phones during the very sacred election process,” Trump wrote. “This is Nixon/Watergate. Bad (or sick) guy!”