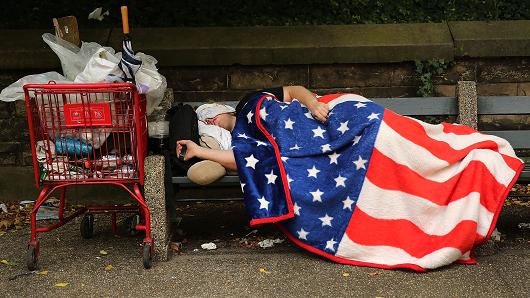 Is a guaranteed paycheck from the government, with no strings attached, the answer to the relentless rise of automation?

The concept might sound far-fetched, but a so-called universal basic income (UBI), is currently one of the most hotly debated policy topics being floated as a means to address income inequality and the disruption that technology poses to the workforce. UBI is being tested in Finland and other international markets, but has received decidedly mixed reactions.

Meanwhile, developments in robotics and artificial intelligence have grave implications for the labor force. A report issued this week from consulting firm PwC found that more than a third of U.S. jobs were at risk from automation, upping the ante for policy makers to cushion the blow to workers.

Advocates for UBI argue that a guaranteed paycheck could serve as a way to fight poverty and uncertainty in an evolving U.S. economy, and encourage workers to take more risks in the job market if they had some extra money as a cushion.

The idea has gained prominent backers such as Tesla CEO Elon Musk, who recently told CNBC he supported UBI — joining a growing list of tech execs who’ve voiced support for the concept as a solution to unemployment that will be caused by future automation — the rise of the robots. Silicon Valley’s Y Combinator President Sam Altman and eBay Founder Pierre Omidyar have also expressed support for a universal income.

Skeptics, however, insist that a guaranteed paycheck would actually reduce the incentive to work. In their view, a UBI would accomplish little other than wasting money on those who don’t need it, and may even crowd out programs like Social Security and Medicare.