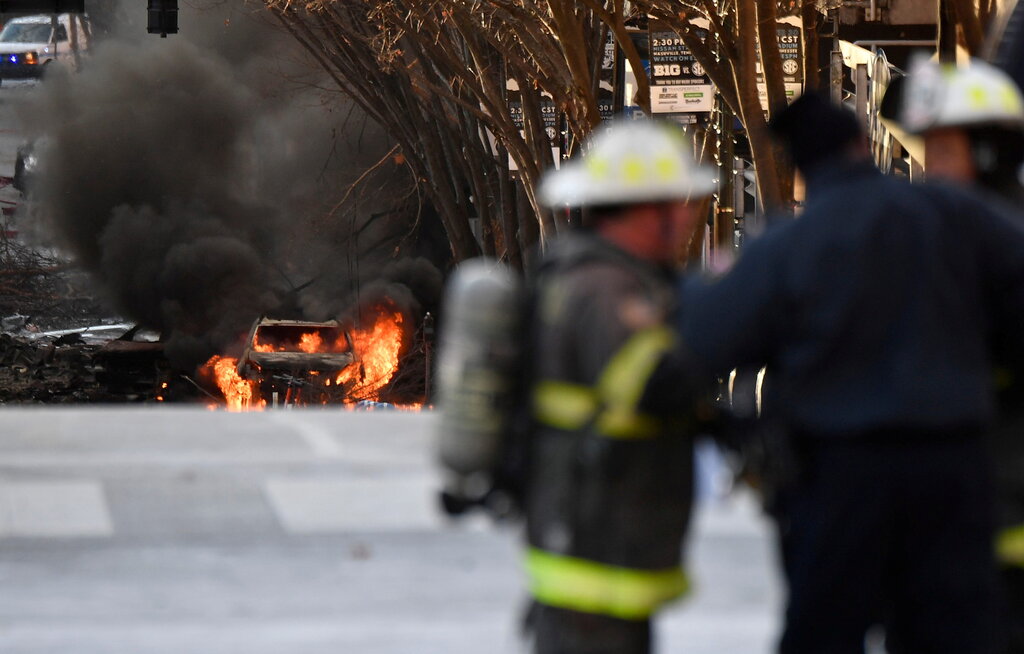 Authorities have found possible human remains in the area where a Friday morning explosion rocked downtown Nashville and injured three people, an event police called “an intentional act” connected to an RV that blew up at approximately 6:30 a.m. local time.

It was unclear whether the remains were related to the explosion or if they were of the person responsible or a victim, officials said. The tissue will be examined, officials said. The FBI is investigating along with local officials and the Bureau of Alcohol, Tobacco, Firearms and Explosives, and the city of Nashville activated its Emergency Operations Center.

“This appears to have been an intentional act,” Metro Nashville Police Department tweeted. “Law enforcement is closing downtown streets as investigation continues.”

An audio warning was being broadcast from an RV just before it blew up, Metro Nashville Police Department John Drake told reporters during a news conference.

“If you can hear this message, evacuate now,” the warning said.

Officers first responded to the area after receiving a report of shots fired, Drake said. They called in the bomb squad after seeing the suspicious vehicle, the RV, broadcasting the message, he said. Drake said that officers found the RV with a recording saying that it would explode in 15 minutes.

Listen To Audio Of Threat/Warning Here…