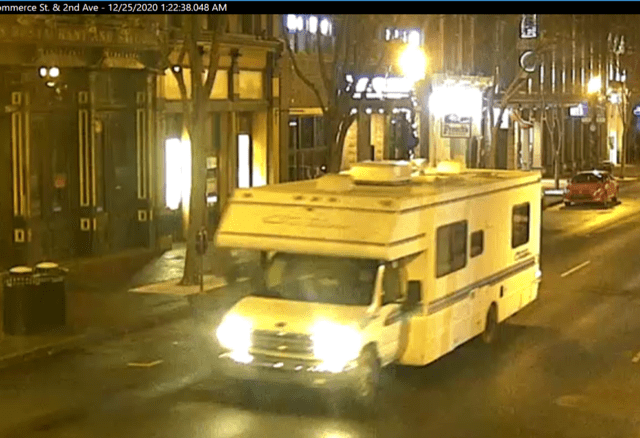 Local and federal authorities are investigating the explosion of a recreational vehicle that broadcast a warning to residents before it blew up in downtown Nashville early Friday.

The explosion, which police called an “intentional act,” shattered the Christmas morning quiet in the center of the city’s business district around 6:30 a.m. CT.

Three people received non-critical injuries, bricks toppled from buildings blocks away, trees were knocked to the ground, and streets had the charred look of a battleground.

The damage to an AT&T building next to the RV disrupted 911 emergency services and temporarily grounded planes at Nashville International Airport.