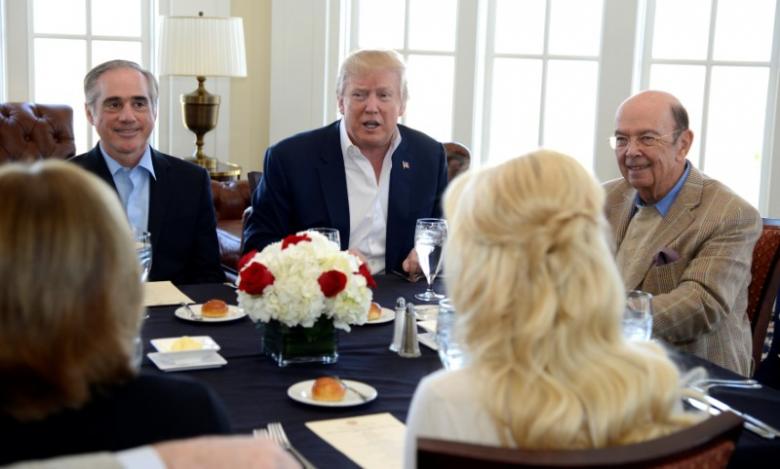 WASHINGTON Republican U.S. Representative Todd Rokita keeps a clock hanging on the wall of his Capitol Hill office that tracks the U.S. government’s rising debt in real time and reminds him of his top priority: reining in federal spending.

“I was sent here on a fiscal note,” said the Indiana lawmaker and vice chairman of the House of Representatives Budget Committee, who rode a Republican wave during his first election to Congress in 2010.

When President Donald Trump unveils his budget for the 2018 fiscal year on Thursday, Rokita will be among many conservative Republicans cheering proposed cuts to domestic programs that would pay for a military buildup.

More moderate Republicans are less enthusiastic and worry Trump’s budget could force lawmakers to choose between opposing the president or backing reductions in popular programs such as aid for disabled children and hot meals for the elderly.

“What you would hope is that the administration is aware of the difficulty of some of these things,” said Representative Tom Cole of Oklahoma.

The release of Trump’s budget, which comes as the Republican president is facing an intraparty revolt over proposed legislation to replace the Obamacare healthcare law, could open another fight among Republicans who control both houses of Congress. To keep the government running, lawmakers will need to approve a spending plan later this year.

The White House has released few details about Trump’s budget, other than making clear the president wants to boost military spending by $54 billion and is seeking equivalent cuts in non-defense discretionary programs.

But several agencies, including the State Department and the Environmental Protection Agency, have been asked to prepare scenarios for steep reductions, according to officials familiar with the discussions.