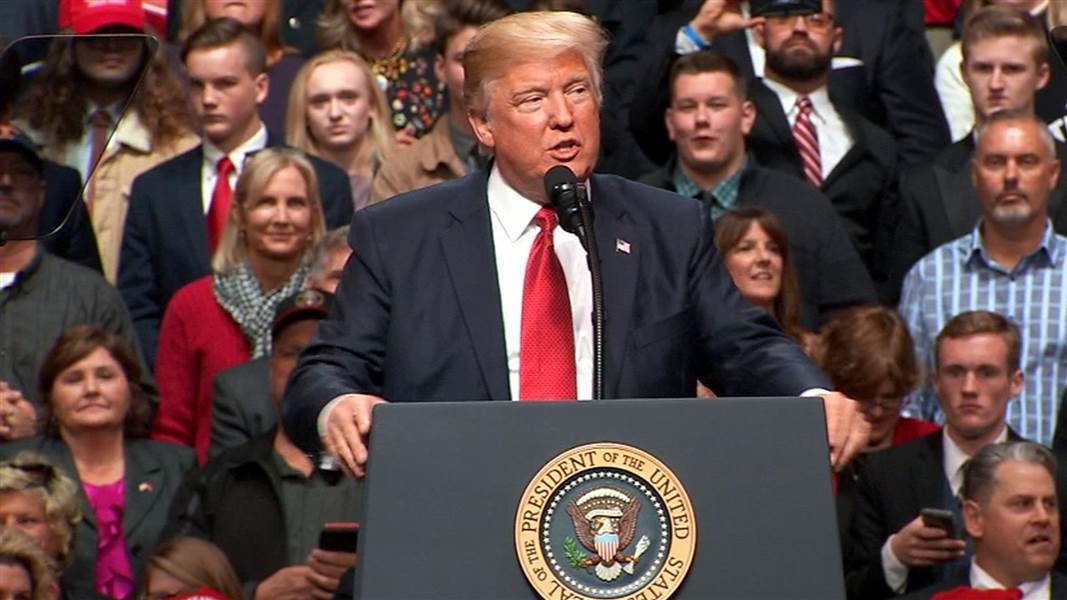 The White House is putting its “America First” agenda front and center, unveiling a budget Thursday that pumps $54 billion more into the Pentagon and protecting the nation’s borders, while sharply slashing domestic and discretionary spending.

The $1.1 trillion budget proposal sent to Congress represents a significant rollback of the federal workforce and imposes deep and dramatic cuts in order to offset the additional defense spending. The axe falls heavily on the Environmental Protection Agency, the Agriculture Department and the State Department.

While military spending gets a boost, one of Trump’s other campaign promises is seeing a tangible first step toward realization: The budget reserves $1.5 billion for building a wall on the southern border with Mexico, with $2.6 billion more allocated for the project in the following fiscal year.

“A budget that puts America first must make the safety of our people its number one priority — because without safety, there can be no prosperity,” Trump said in a message for his budget, titled “America First: A Budget Blueprint to Make America Great Again.”

Other programs, from medical research to the arts to those benefiting the poor, would also lose a significant chunk — if not all — of their federal funding. While such a move is in line with what conservative lawmakers have been pressing for as a way to rein in the deficit and overhaul spending, other proposals in the document are certain to find push back, particularly from Democrats.

“Once again the Trump administration is showing its true colors: talk like a populist but govern like a special interests zealot,” Senate Minority Leader Chuck Schumer, D-N.Y, said in a statement, adding, “The very programs that most help the middle class are those that get clobbered the hardest: investments in infrastructure, education, scientific research that leads to cures for diseases all take big hits.”