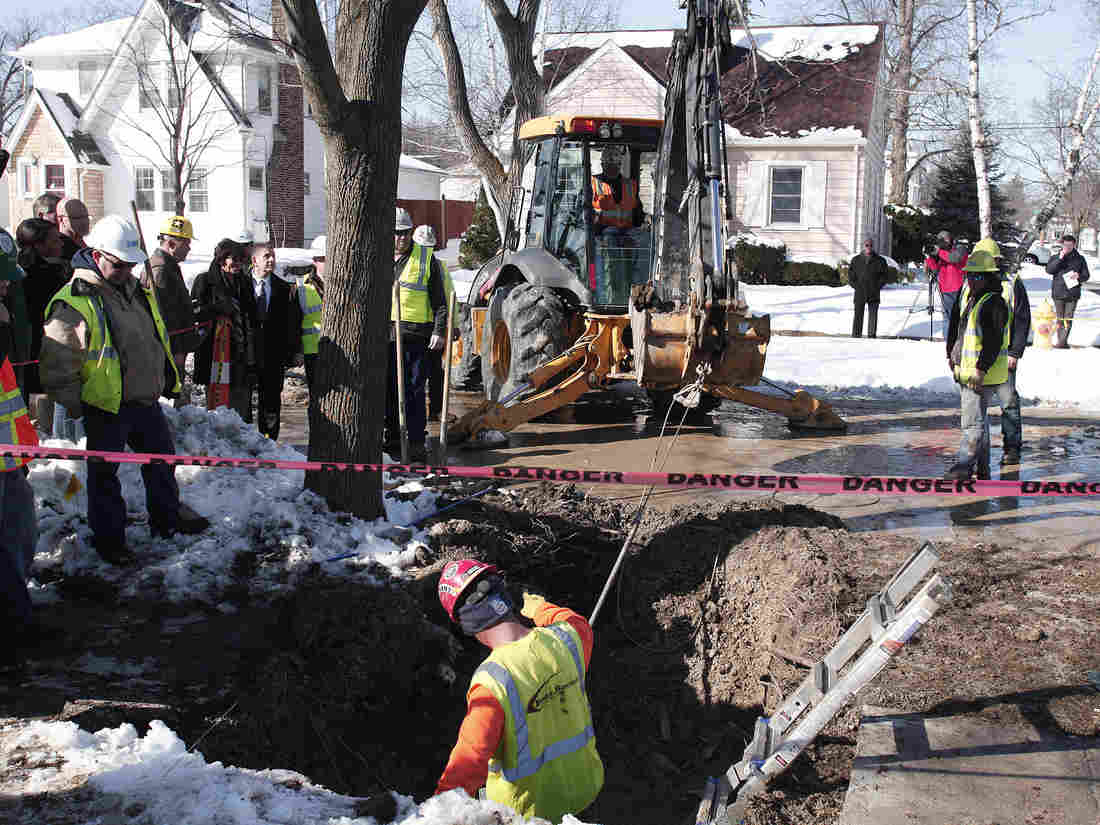 The state says more than 600 pipes have been replaced in Flint, Mich., this year — but 30,000 suspect pipes remain.

A year ago, Flint, Mich., Mayor Karen Weaver declared a state of emergency because of lead-contaminated drinking water, attracting national outrage and sympathy, and millions of gallons of donated water.

But a year later donations have slowed to a trickle, and little has changed — unfiltered water here is still unsafe to drink.

At the end of one bus terminal, 10 large pallets of bottled water stand about 4 feet tall. Keith Hill fills two bags with about 20 pounds of water bottles before making the long trek home.

Many residents say that Flint’s decades old economic struggles only have been worsened by this crisis, and that despite all the attention, there has been little progress.