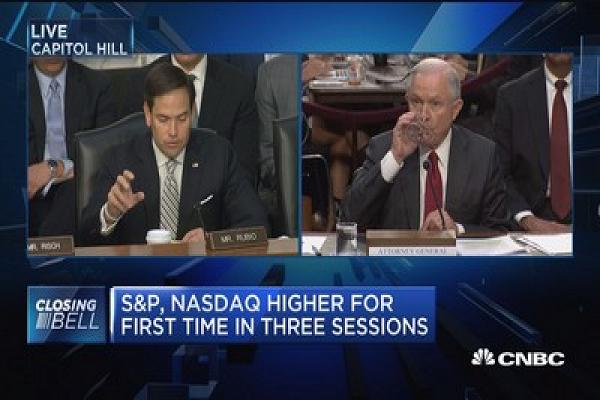 Attorney General Jeff Sessions confirmed part of James Comey’s testimony from last week about an abruptly private meeting at the president’s desk between Donald Trump and the former director of the FBI.

Sessions testified on Tuesday that he and others filed out of the room and left Comey alone with Trump following a group meeting in February. The FBI was at the time investigating former National Security Advisor Michael Flynn’s links to the Kremlin.

Last week, Comey testified that Trump asked everyone except him to leave the room before Trump allegedly said to him, “I hope you can see your way clear to letting this go, to letting Flynn go. He is a good guy. I hope you can let this go.”

Sessions told the Senate Intelligence Committee that the day after that meeting, Comey expressed “concern” to him about being left alone with the president, but that Comey did not reveal any details of the meeting.

However, Sessions said he affirmed Comey’s concerns and directed Comey not to hold any conversations about any investigation “in a way that was not proper.”

Sen. Marco Rubio asked Sessions to state explicitly whether Trump asked everyone else to leave the Oval Office and asked Comey to stay behind. Sessions said that was “a communication in the White House” that he “would not comment on.”

Rubio asked him whether he remembered seeing Comey stay behind, to which Sessions replied, “Yes.”