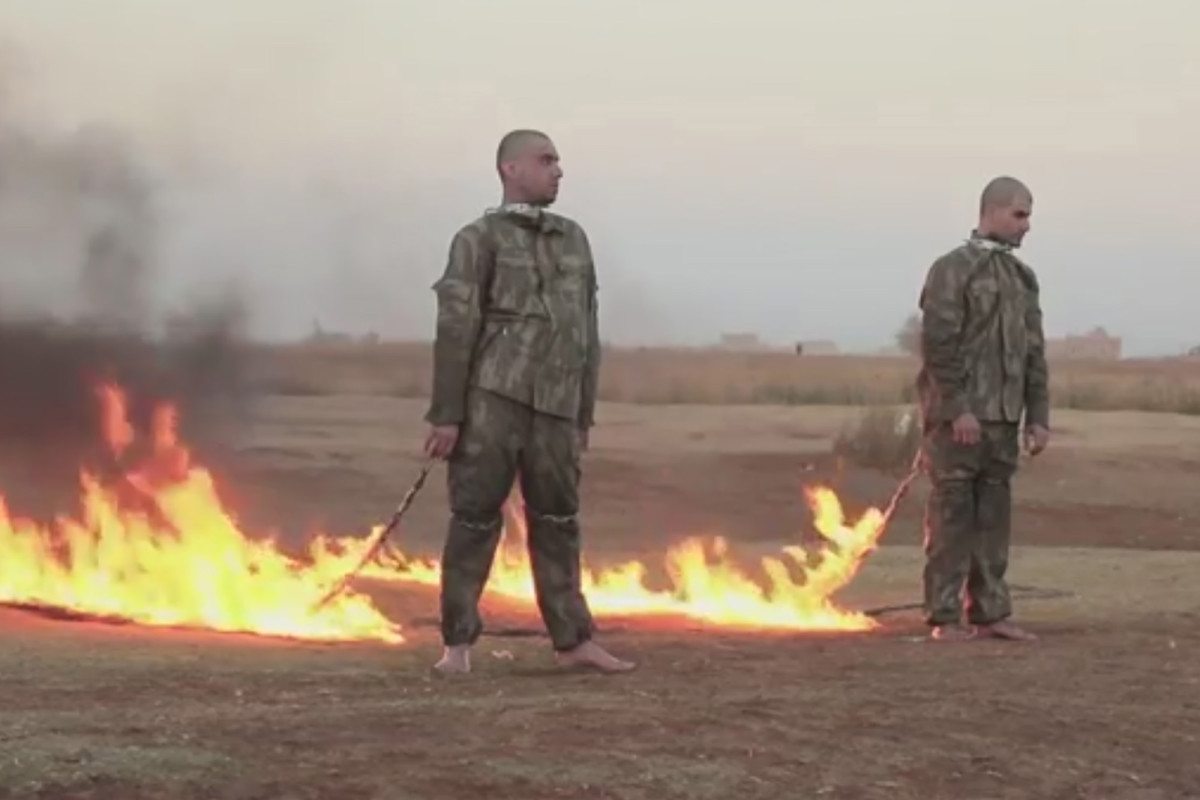 The 19-minute video, titled “The Cross Shield,” shows the doomed servicemen being taken out of cages and forced to crawl around on their hands and knees.

The soldiers are then seen standing with chains around their necks, with fuses attached to their bodies.

Their executioner, who stands nearby, blasts Turkish President Recep Tayyip Erdogan and calls for “destruction to be sowed” in Turkey, according to Al Arabiya.

He then presses a button on a small device, and soon, both men are engulfed by flames.

ISIS said the latest executions were payback for Ankara’s involvement in a “war against Muslims,” according to Russia Today.